For around 20 years, community-minded residents with a passion for Buderim and heritage, have secured and subsequently restored the famous Krauss 6854 one of the two trains that serviced Buderim Mountain in the early 20th Century.

They have been trying to secure a place of prominence of the cultural icon at the heart of the Buderim Village, but have been impeded by Council representatives and others who do not share the concept of having relevant Buderim history, displayed in Buderim. The official position is to have it displayed off-site in Nambour.

The KRAUSS #6854 locomotive was shipped to Australia from Hamburg, Germany and railed to the Ipswich Railway workshops. It was delivered to the Maroochy Shire Council on 19 March 1914. Merely 4 months later, Australia was at war with Germany!

It was the second last KRAUSS locomotive imported into Australia the last being KRAUSS 6927 which arrived a couple of weeks later on 31 March 1914.

The price £950 ($1646.79) was the most expensive KRAUSS locomotive imported into Australia.

The story goes it arrived on the coast in a crate and Charles Henry Pope, an engineer who had taken up a position on the tramway construction around September 1913 was given the job of assembling the engine. He became the third engine driver in 1920.

KRAUSS 6854 was the largest built steam locomotive to have worked in Australia and quite a large engine for a Queensland narrow gauge line. This 80 horsepower engine was efficient, economical and fast. It had a 0-6-2 wheel arrangement with side tanks and rear coal bunker, a Westinghouse brake pump being fitted to the left-hand side of the smokebox.

Walschaert valve gear was fitted to the outside cylinders, two square sand domes were arranged on the boiler fore and aft of the cylindrical steam dome. 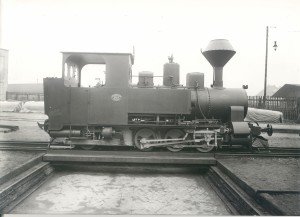 The train was saved from the scrapyard by an enthusiast and it languished for a good many years, with minimal attention.

The BPHT Inc. secured the little train and commence work after transporting it to the Coast. It was trucked to “Wise’s Farm” where space was generously donated to store and restore the loco. 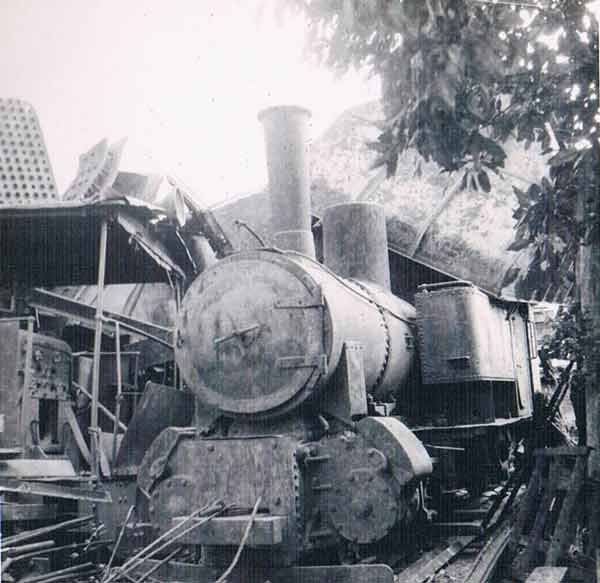 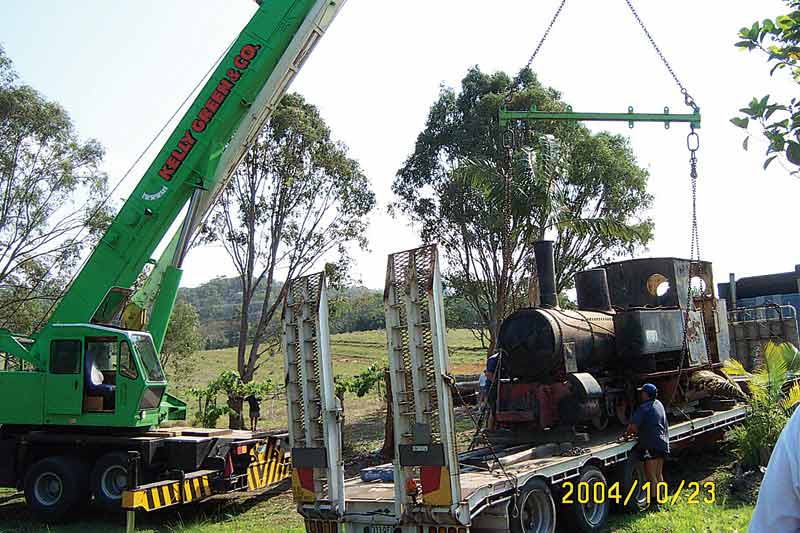 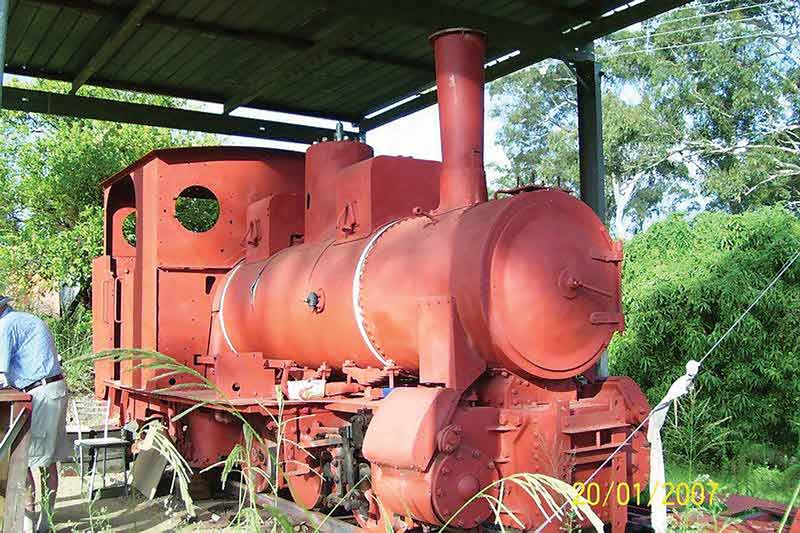 The Krauss has undergone a complete restoration to static display condition by enthusiastic volunteers.

From boiler to chimney stack, everything has enjoyed care and attention to reveal the former glory and fascinating technology of the steam era. 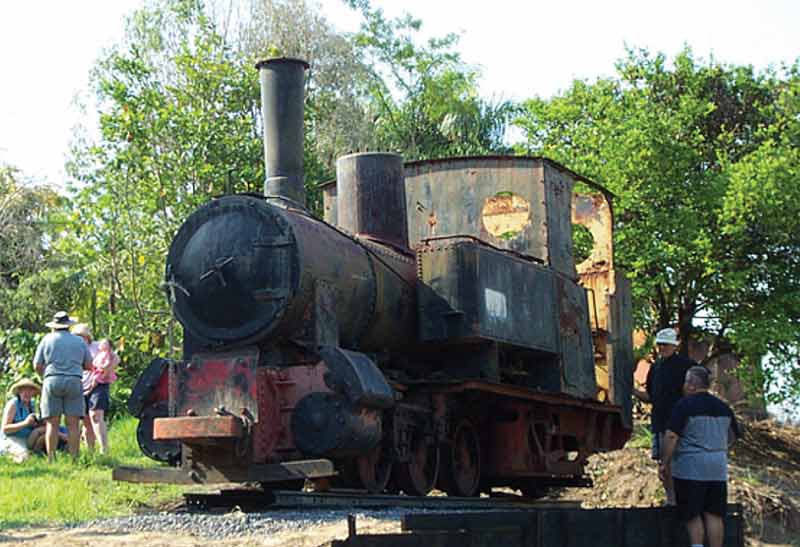 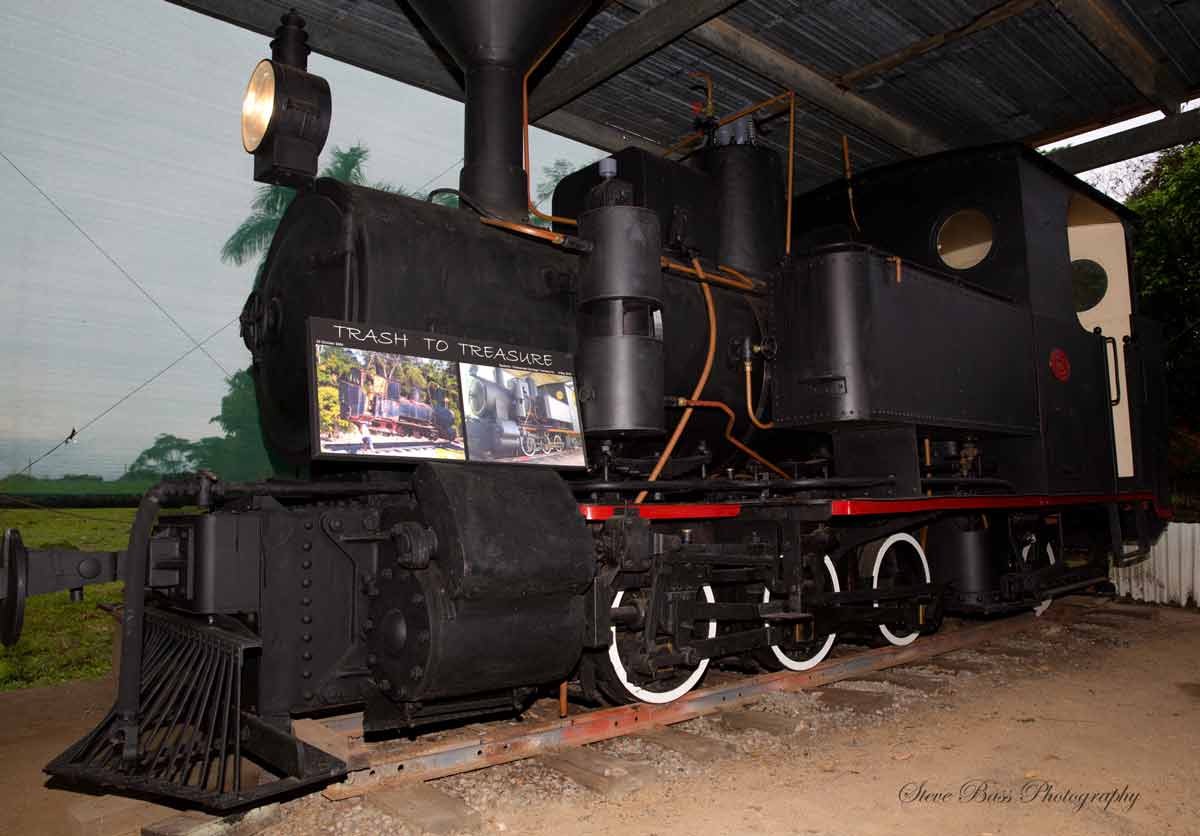 So many years have passed fighting to have the Krauss returned to Buderim, the little train required better digs and new paint!

The old shed was looking to fall down, so a new metal storage shed was built around the 12 tonne train. 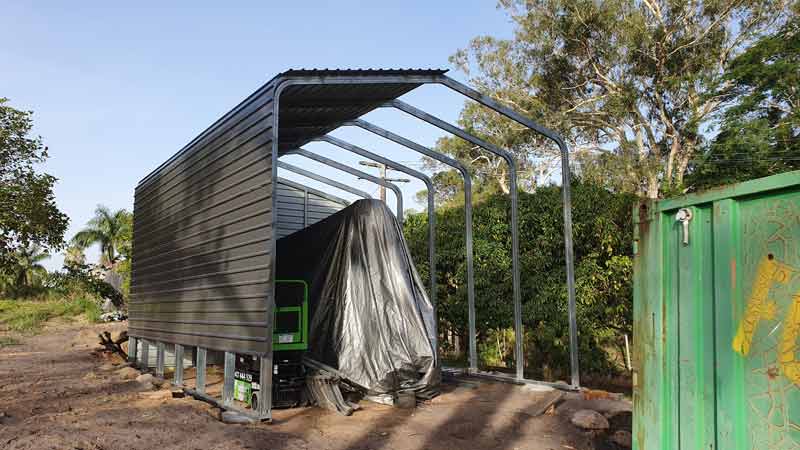 All Dressed Up with No Place to Go!

Once the new shed was built, the volunteers went to work, cleaning, sanding and painting the Krauss to an exceptional standard. 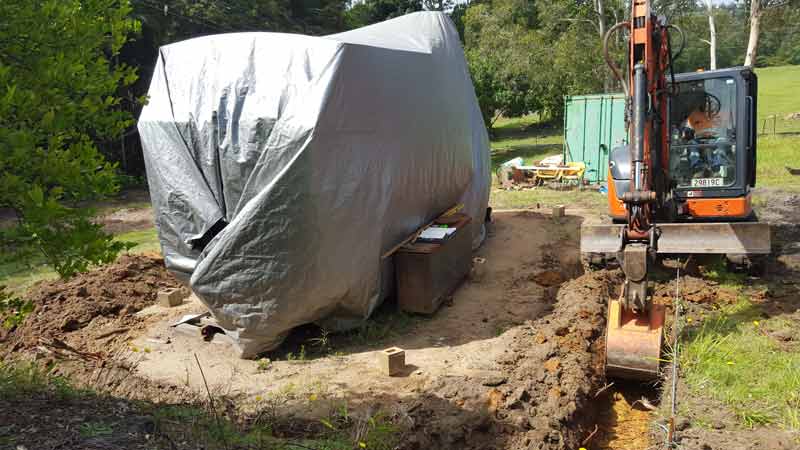 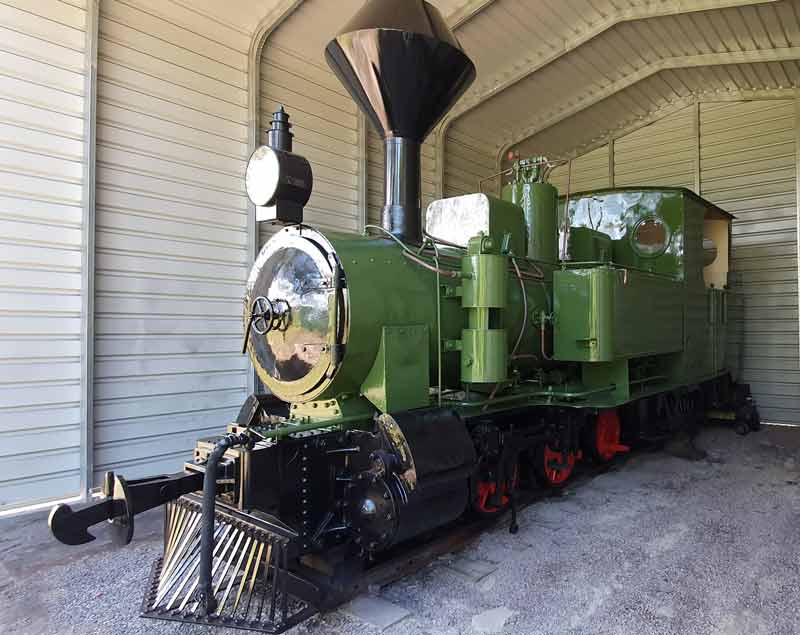 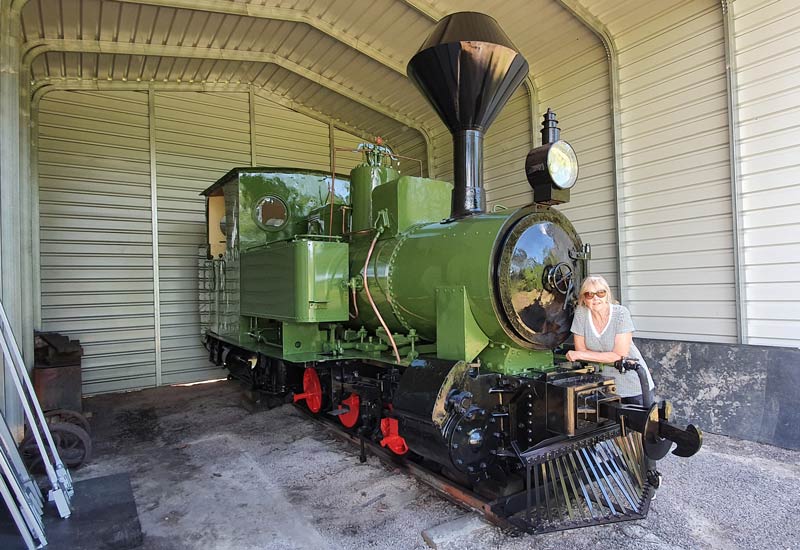 Help Bring Back the Krauss

Buderim’s Krauss Locomotive is a very special artefact, unique in specification and of huge importance to rail enthusiasts and the community of Buderim Mountain.

For almost 20 years the volunteers of the Buderim Palmwoods Tramway Incorporated group have worked tirelessly to bring the train home.

The time has come for our Councillors to set aside their personal ambitions and work for their constituents, to have the Krauss in Buderim where the original Terminus stood, beside the swimming pool. This is a touchstone of Buderim’s heritage that is of equal value to anything else of historical significance. Would we have the Pioneer Cottage transported to Nambour?

So much of the history has been erased from the Coast and it is time we recognised the foundations on which our story was built.